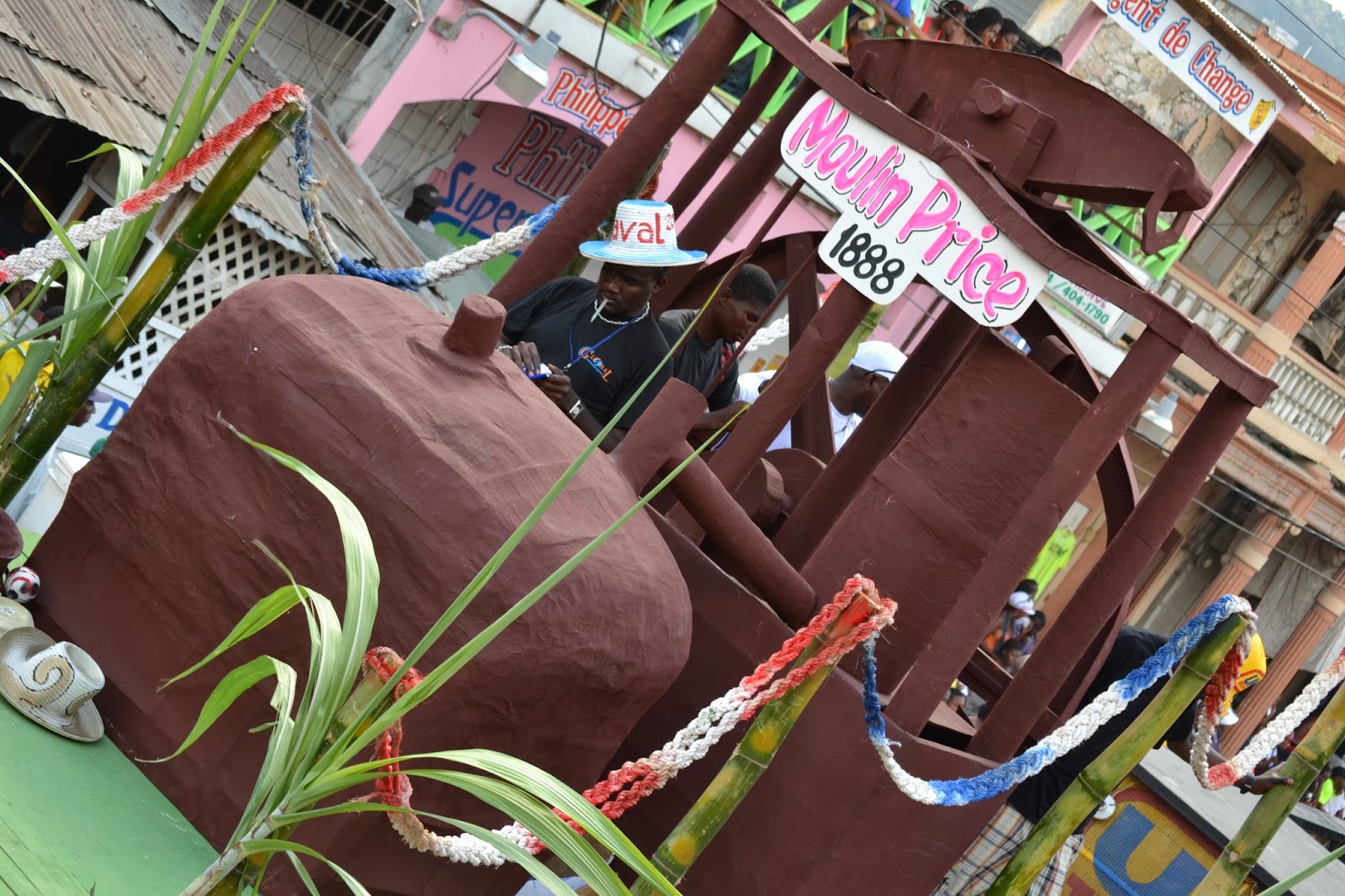 This is the most interesting post to me so far.  I remembered taking this picture back at the 2012 Karnaval with the intention of going back to look up what Moulin Price meant. But then I never did.

In Edwidge Danticat's book, "After the Dance" she talks about going to look for a steam engine that that was in a random field in Jacmel, called Habitation Price.  And for years, somehow in my mind, I thought she was talking about a train, because I had never heard of the term steam engine used any other way.  So for YEARS now I've thought that there is an old abandoned train in Jacmel that I've never found.  (Spoiler alert: there isn't.)

Then, as I was doing this series and looking through pictures of Karnavals past and I saw the above picture of Moulin Price, a little light went off in my head.  It wasn't a TRAIN, it was a steam engine.  All of a sudden, everything started to make sense.  I started researching Moulin Price and realized that the Karnaval float was paying homage to a 19th century sugar mill, one of the first iron machines of the industrial revolution.  And it was located here in good ole Jacmel.

So then I started to think about who I could ask about where to find this and I had a memory of driving down a road and seeing this big, old, rusting, metal monstrosity in a random field in Jacmel.  I realized that must be the Moulin Price.  It was early in the morning and Nia and Josiah were just waking up.  I asked them if they wanted to go on a real life treasure hunt.  (I couldn't remember exactly where in Jacmel I had seen it, so I suspected it would take a little hunting.)  They were excited to go on a treasure hunt and hopped in the car.  I tried to wake Nico to bring him along but he just gave me a look of death and turned over and went back to sleep.  (The other kids had already left for school.)

I had a quick conversation with Nick and we came up with a few different roads I should try.  He suggested starting with the road right across the main road from our new place.  So I did and less than a mile later, there it was! 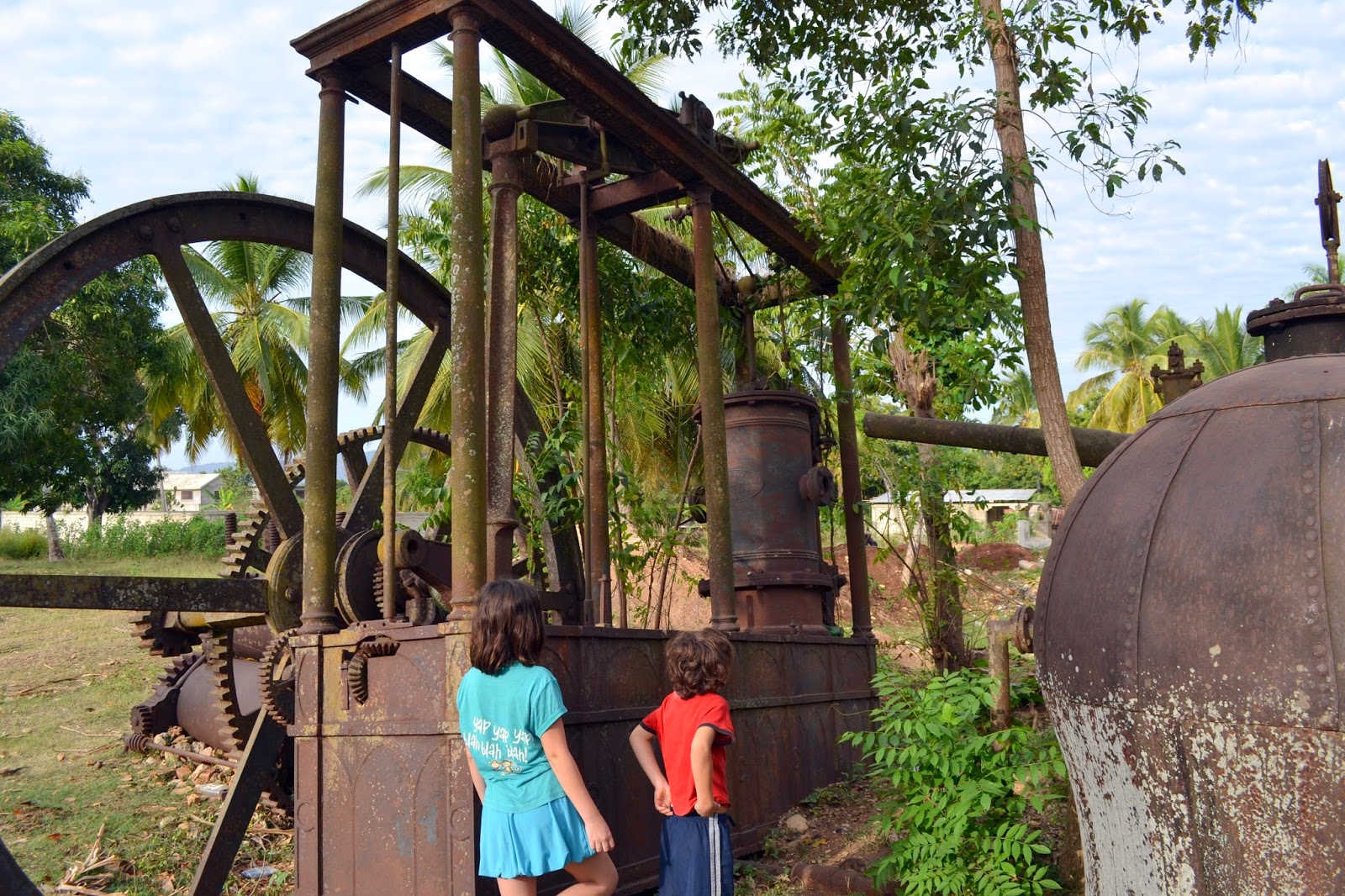 Here are some pictures we took: 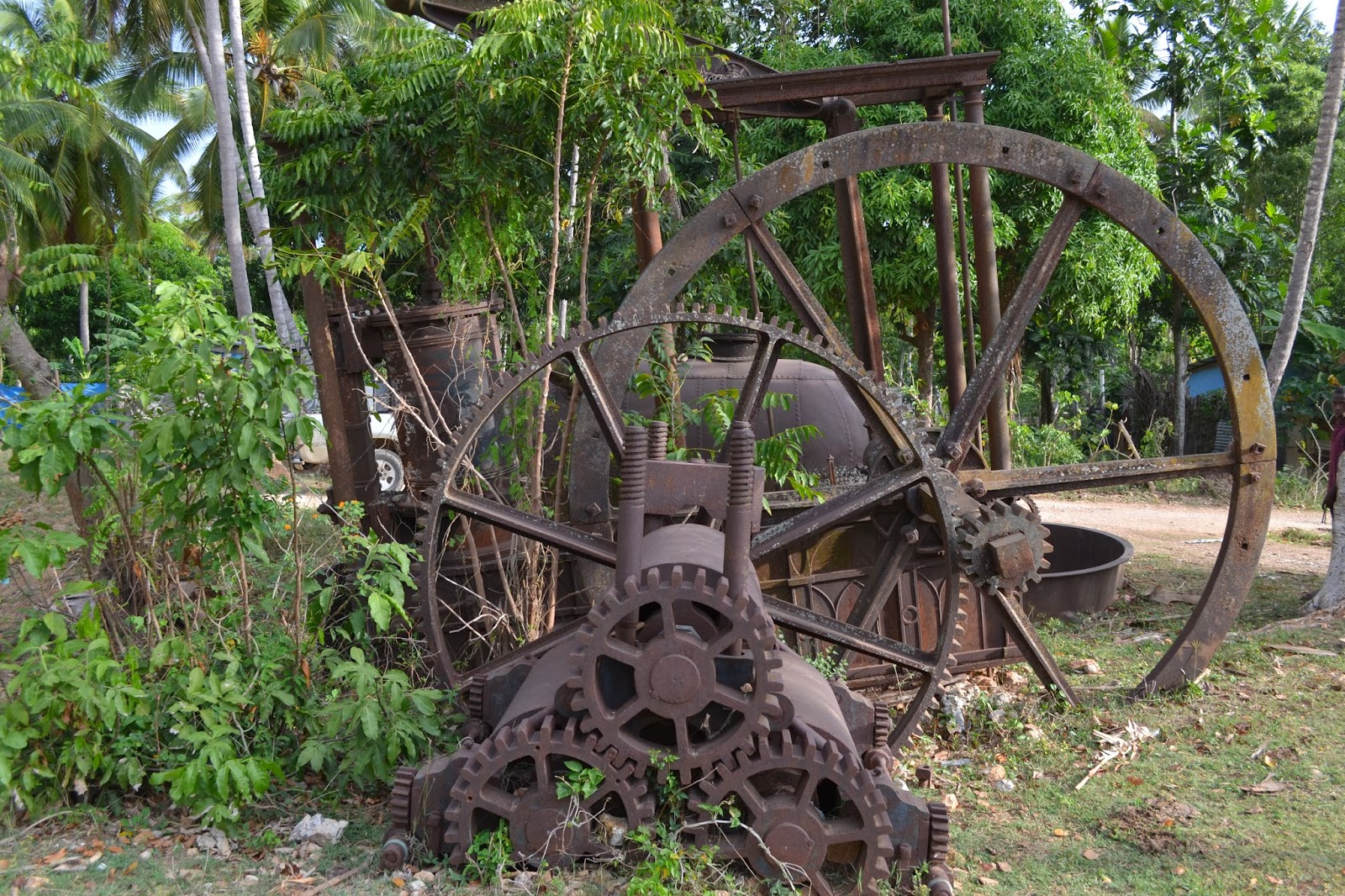 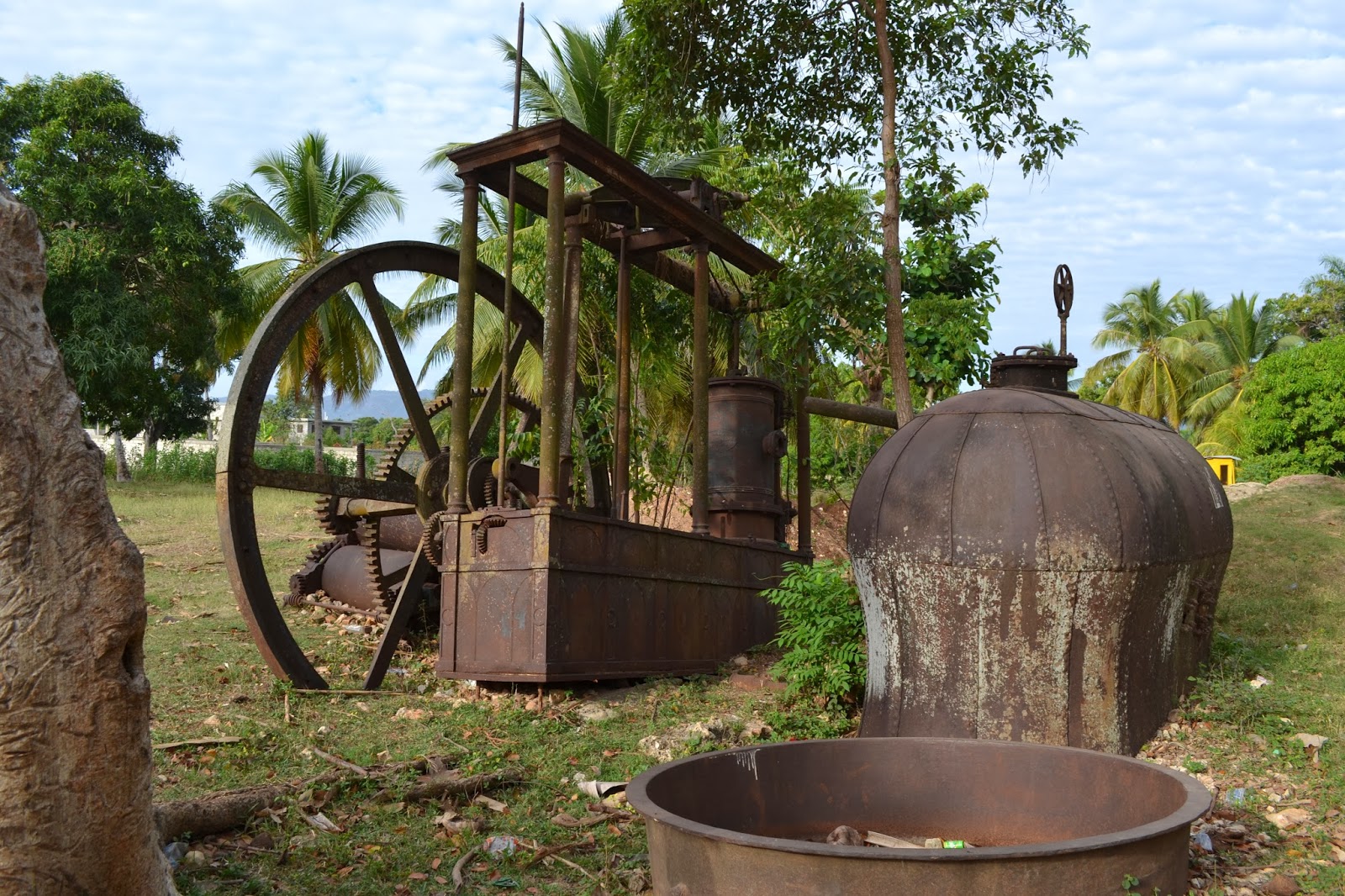 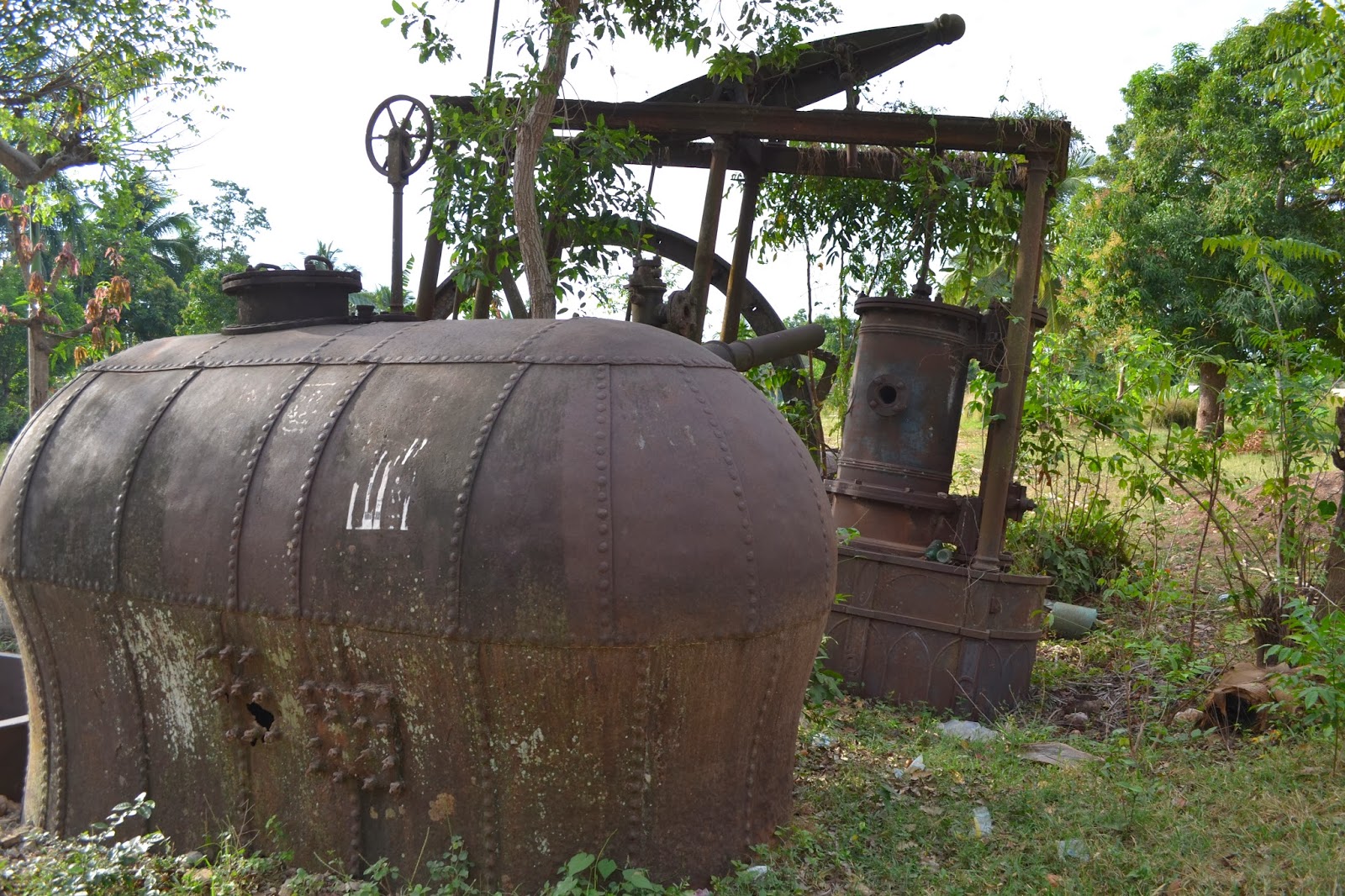 So what is it?  You're looking at the remnants of a Watt steam Engine.
Here's some info from Wikipedia on what that means:

Watt's two most important improvements were the separate condenser and rotary motion. The separate condenser, located external to the cylinder, condensed steam without cooling the piston and cylinder walls as did the internal spray in Newcomen's engine, more than doubling Watt's engine's efficiency. Rotary motion was more suitable for industrial power than the oscillating beam of Newcomen's engine. The Moulin Price was manufactured by JS Lindsay & Company by Haigh Iron Works which was near Liverpool in 1818.  (Well, at least that's what the stamp on the machine says.) 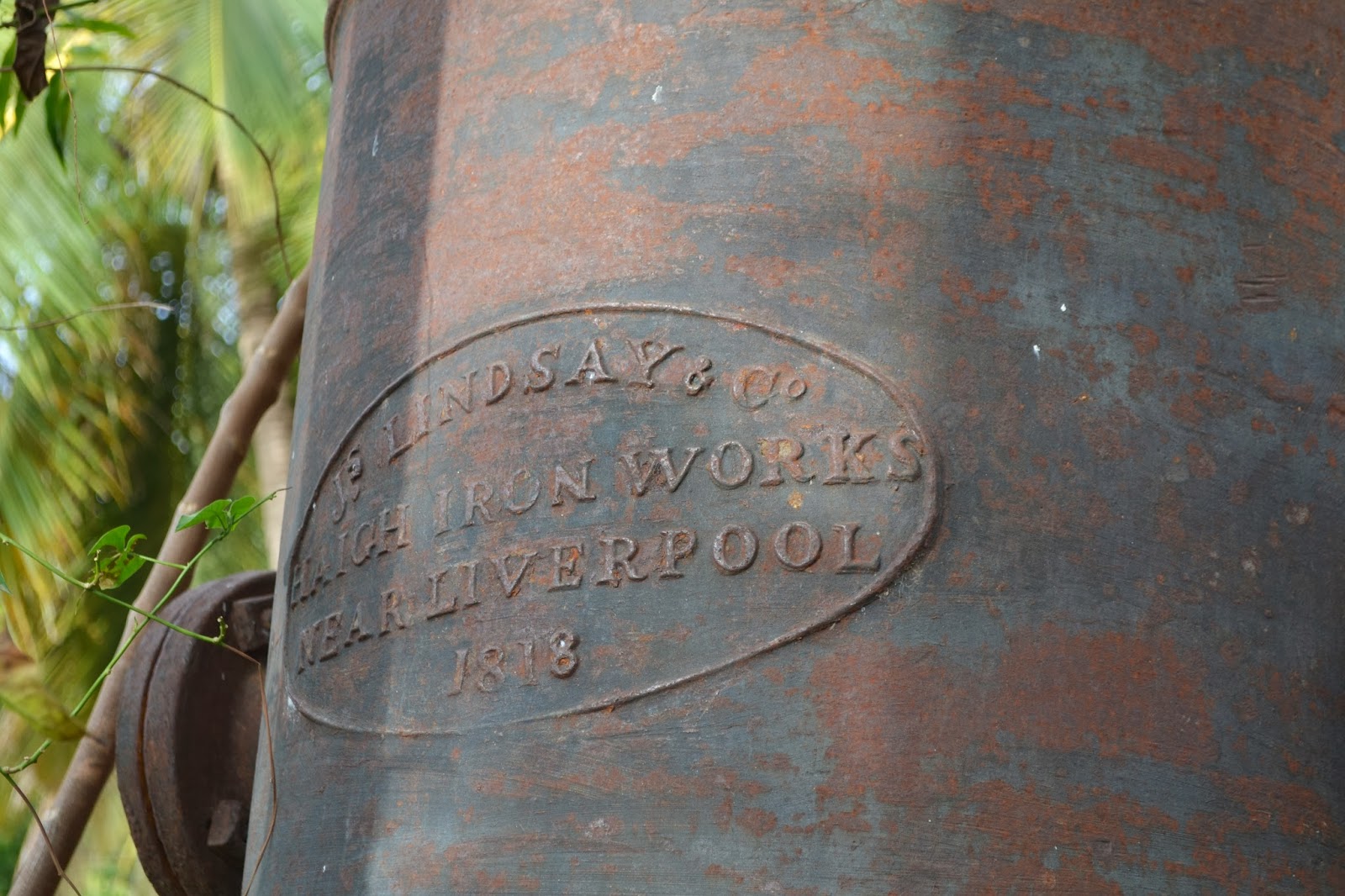 The Moulin Price steam engine was used to process sugar.  Jacmel in it's prime (in the late 1800s and early 1900s) was a huge exporter of sugar (and coffee.)  If you walk down the streets of Rue Commerce in downtown Jacmel you will see old, beautiful buildings and warehouses from the early 1900s made with cast iron pillars, doors, and ornate balconies shipped from France. 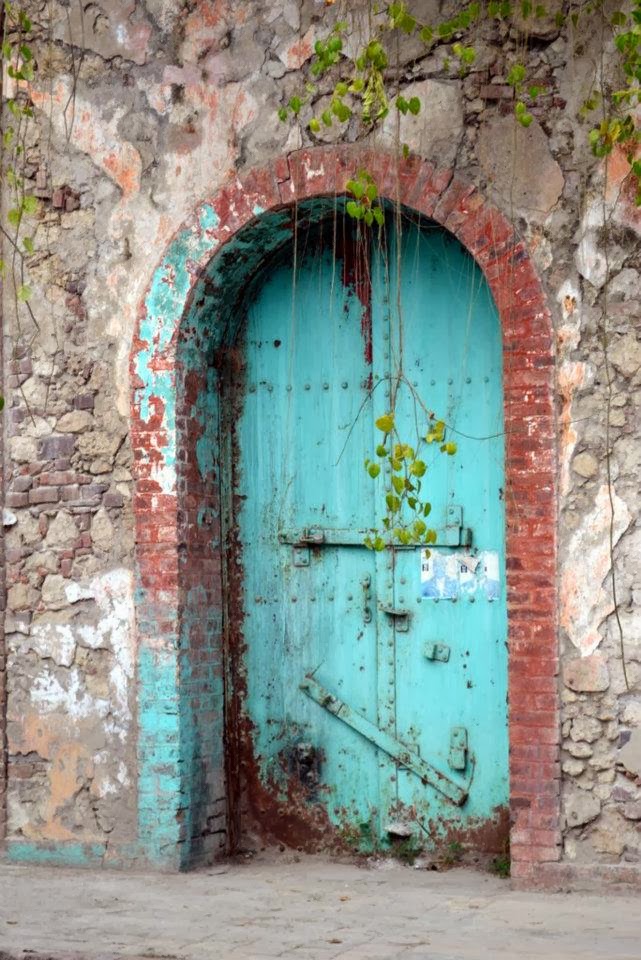 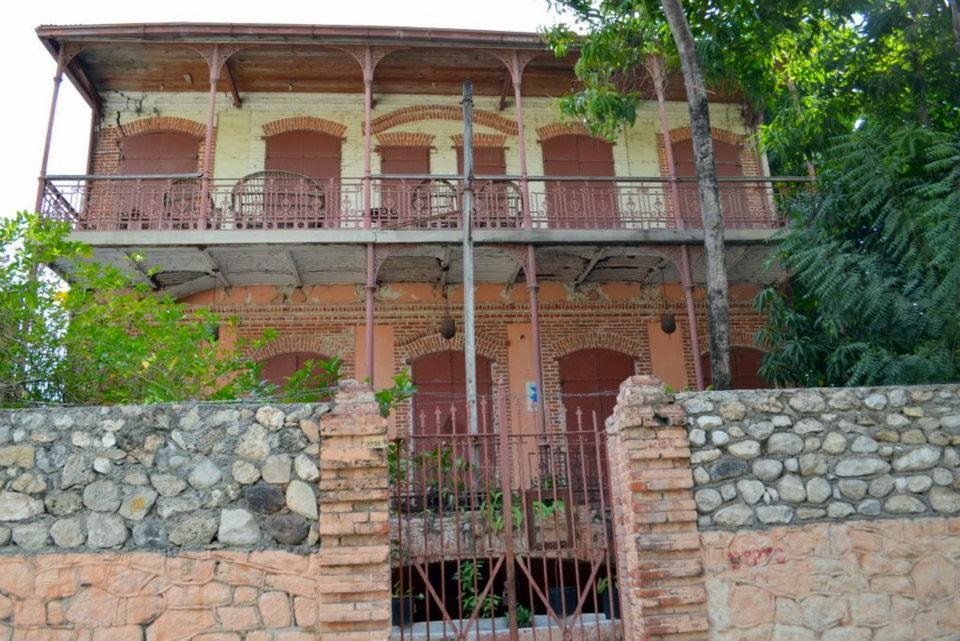 There is a mural painted on the side of the courthouse in old Jacmel (also a historic building) that depicts Moulin Price operating in its heyday. 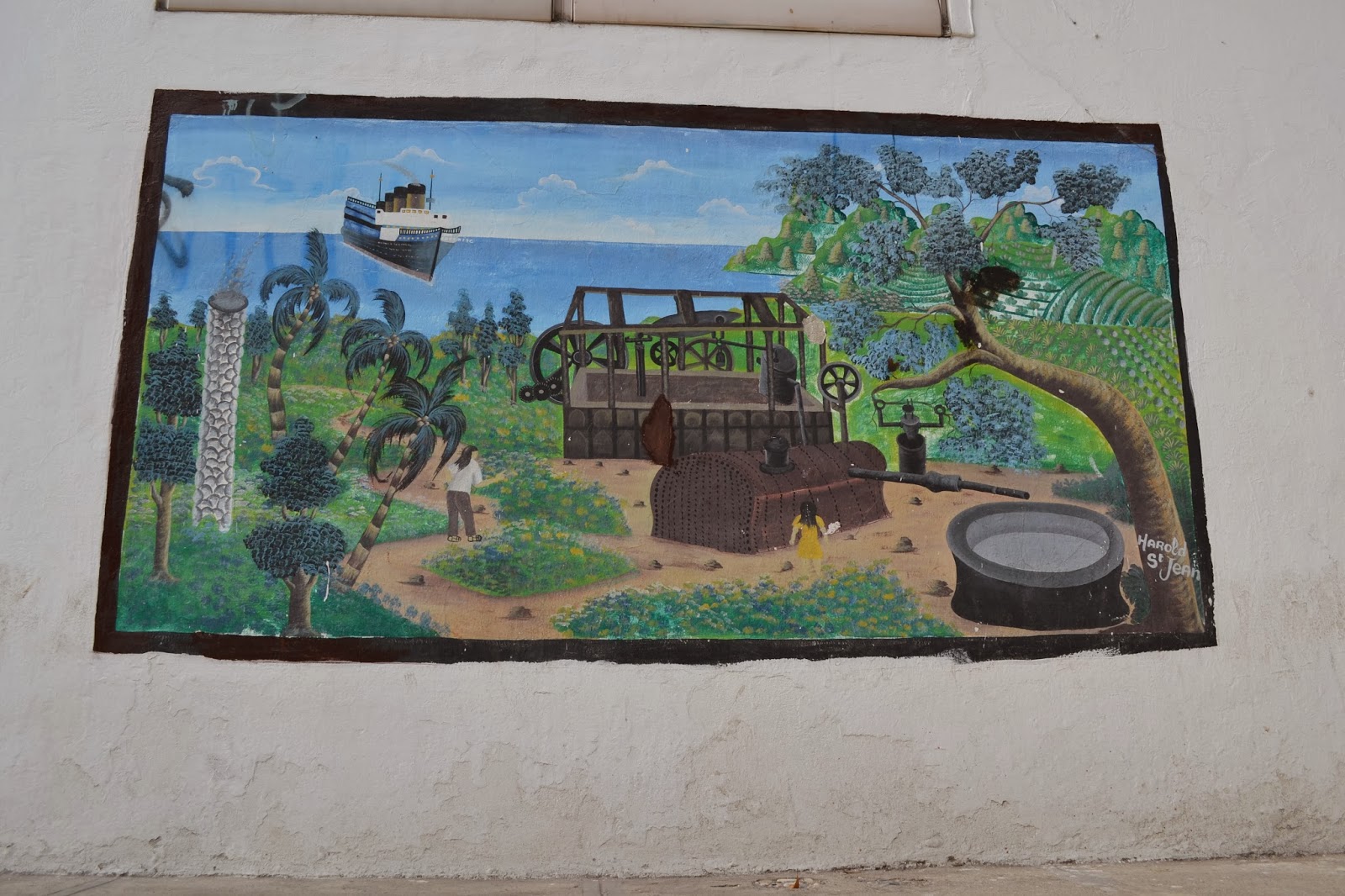 Danticat claims that the Moulin Price is "one of a handful of Watt engines left in the world,"  and it is, "such a valuable relic that the Smithsonian archeological society is said to have offered to remove it from its outdoor location in Jacmel to one of its museums in the United States."

I am glad they didn't.

One last thing to mention.  Danticat mentions that as she was there looking at the Moulin Price, she walked past a group of men in a field hoeing up the earth by hand with pickaxes.  She makes the point, that when the industrial revolution came to Jacmel, "it had only stopped by to visit, and had not come to stay."

I noticed two men in a neighboring field breaking up the ground for a garden the day my kids and I visited as well.  I think Danticat is right, but I don't think that's a bad thing. 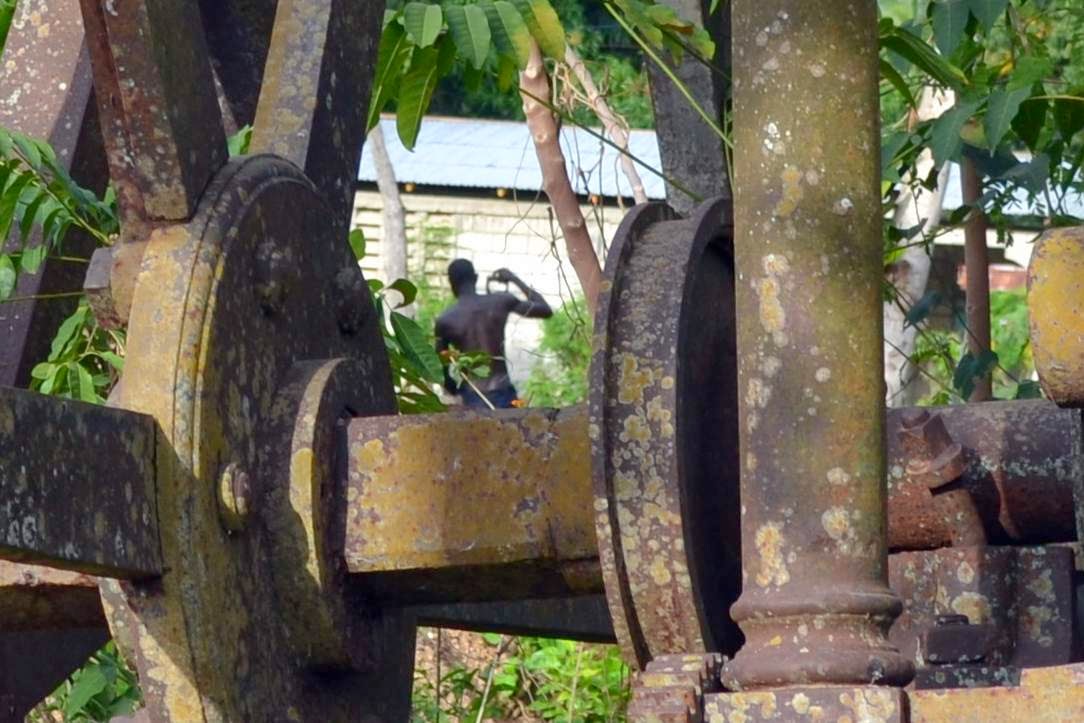 Two more interesting sites about the Moulin Price:
http://industrial-archaeology.org/pics/ian149.pdf
http://jacmelexpress.blogspot.com/2010/11/le-moulin-price.html (if you use Chrome as your browser, you can translate it to English with a simple click)
Email Post
Labels: #haiti #jacmelkarnaval #karnaval #karnavalexplained 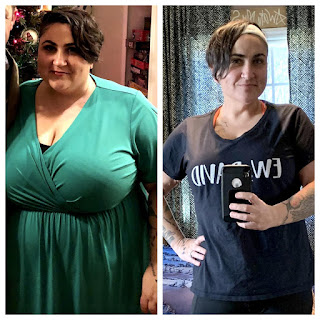